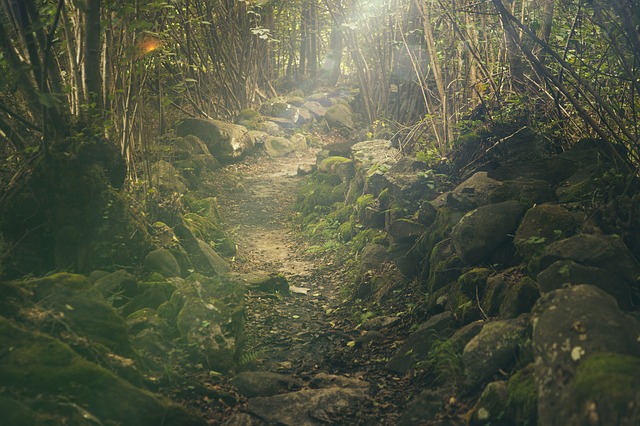 Why it is Vital that We Protect Our Forests

What is forest? They are the green sheet that covers our planet. Forests are the resources that we use and we use it without showing any kind of restraint, it’s been going on for a very long time and unfortunately, it still hasn’t stopped. Humans have grown ignorant with time and have started taking forests for granted, we believe it to be something that we have under our control, but for people who believe that they are no more than a fool. Forests are extremely vital for us and here are some of the reasons.

I am sure that you must have learnt in school that every living organism needs oxygen to live, and forests are the generators who produce and replenish the oxygen in the atmosphere. To put it simply, they are necessary for us, humans to live. The green belt of forests that used to cover a large part of our planet has dwindled a lot and it shows no sign of stopping.

Everyone must have heard that the earth is getting warmer with each passing year, the phenomenon known as global warming and the primary cause of global warming is carbon dioxide, there are also others such as methane, CFC, water vapour etc. But the amount of carbon dioxide in the atmosphere is way more compared to them, but the thing is, plants use this carbon dioxide and reduce their level in atmosphere, or at least used to do so in a much larger extent, but now forests are being cleared for lands to build cities, human structures, for their resources and a whole lot more, so we are destroying our best weapon to fight global warming.

The Forest is Home to Many Animals

There is one thing that we, humans as a whole have been ignorant about time and time again, is that, we aren’t the only living organism habiting this planet, there are a lot of organisms and most of them have forests as their home. Forests are home to a lot of species, so destroying someone’s home is not good, you can see this in many developing nations, that the loss of habitual area for different species has made them go into habitual places of humans, the most common examples are snakes, monkeys, elephants etc.

Forest is an important ecosystem that is very vital for species habiting this planet and that includes us too, if the biodiversity that is present in the forests is lost, the day won’t be far that we will face extinction, I am not trying to scare you, it’s the truth, humans can’t function without resources and forest is an invaluable resource that we can’t afford to lose, because losing it will be disastrous for our as well as this planet’s survival.

Most Beautiful Forests Around the Globe

For many people, even those that don’t consider themselves “tree huggers” find peace in the forest.  We can all admire the natural beauty and feel connected to Mother Nature when you are in the forest.  Here are some of the most spectacular forests that you will find anywhere in the world.  They are unique with their own ecosystems and they should be added to any traveler’s bucket list.

You can get to the Mossy Forest from Tanah Rata and it is high above sea level in the mountains and you can walk through here in under an hour although you may want to take your time to appreciate the views.  There are spongy mosses all over the trees and you can find some beautiful plants and flowers, including orchids.  Dress for the occasion and make sure you are wearing some waterproof boots, this is a tourist destination so be prepared for crowds and other people appreciating the scenery as well.  Here is a closer look.

Located in Northern California you can access the park from the Avenue of the Giants where you can see some of the giant redwoods along the way.  This forest is awe inspiring and there is nothing like old growth massive trees to let you know just how small you are in the world.  This park has some of the tallest trees in the world located here.  There are great hikes all over the forest but this is also a popular tourist destination and if you want to find a moments peace just to appreciate the natural beauty here then head over to Rockefeller Loop.

While the rainforest passes through several countries you might want to go through Peru for an easy access point.  The Amazon is simply indescribable you just have to experience it for yourself.  You can go into the forest itself with a guide (highly recommended, the Amazon is dangerous) or you can take a boat ride down the river.  The Amazon is home to some of the most amazing creatures on the planet including colorful toucans, sleek jaguars and the sloth.  There are isolated communities all through the Amazon who have never seen the modern world.  The trip simply has to be experienced to understand the beauty here.

While all forests are beautiful in their own right and it is no hardship to spend time among the trees and animals that call the forest home, these forests are just a little bit more. 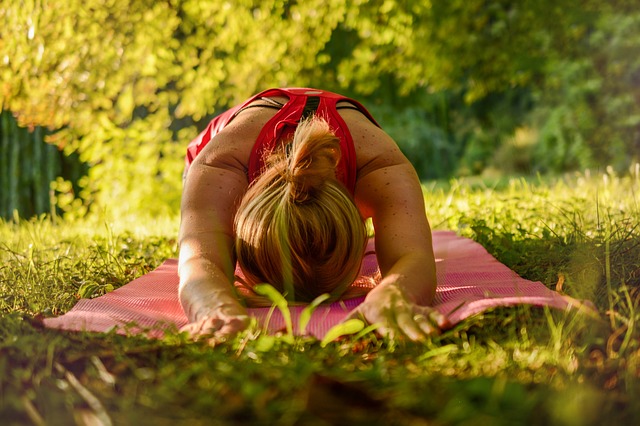 4 Ways Heading into the Forest Can Reduce Stress

Stress is mostly brought about by various triggers. Some of these triggers include; anxiety disorders, depression, fatigue, illness within the family and jobs. By understanding these triggers you can easily develop a plan on how to manage or get rid of them. By so doing you will then be able to relieve yourself from stress. One of the best ways to reduce stress is outdoor activities which help you to boost your happiness by decreasing depression, anxiety, and fatigue. Heading into the forest is one of these outdoor activities and below are some ways in which it can help reduce stress.

Helps you to develop a sense of appreciation for nature

Our Tree Service friends in Grapevine Texas have it right. By shifting your attention to the trees, wildlife and the general forest at large you pull yourself away from the negative event which may have triggered your stress. This altering of events is commonly known has altered time perspective and it very effective in reducing stress. Research shows that the view of the forest scenery, the breathing of clean air as you take a walk on the forest lowers the brains activity of the part liked with negative thinking. In short, developing a sense of appreciation for nature helps you in putting things in perspective.

It helps you relax

Fatigue is one of the triggers that cause stress. This may be caused by lots of work from the job, home chores or even headaches from your kids or friends. Heading into the forest helps you forget all of this for a moment. In return, you get free from all the worries you were undergoing. This then reduces you reduces your heart rate hence reducing fatigue. Also, a walk in the forest will help to loosen up tight muscles which will help you to feel physically relaxed allowing for sleep to happen more naturally.

Helps to reduce depression and anxiety

Depression and anxiety may also trigger stress. Research shows people who leave close to the forest have better mental health. Seeing trees and nature in general, feeling the cool weather in the forest help you to appreciate nature and cope with your current life settings. Also practicing some exercises such as cycling or even yoga in the forest is good for your mind. It helps you to reduce anxiety.

It boosts your brains working abilities

In short, it helps your brain to work properly. Research shows that forest can positively affect learning and memory. Hence you may be able to tackle your problems or think properly when surrounded by trees, better than any other place. Also, it boosts the limbic system functionality which is the part of the brain responsible for boosting your moods and relieving stress. 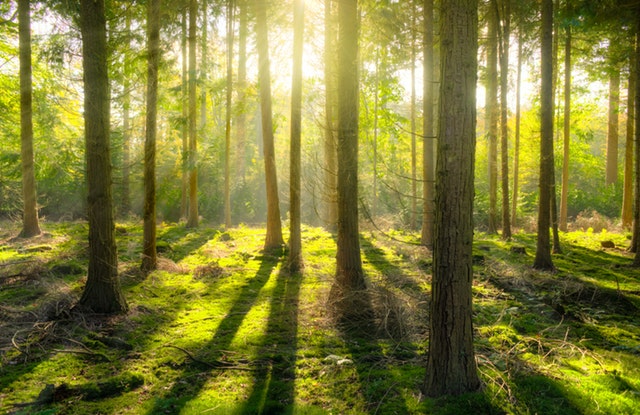 Appreciating the Natural Beauty of the Forest

Forests are very important to us humans as they influence global climates and supply us with oxygen. However, a less-celebrated significance of forests is the fact that they accord us nature therapy owing to the sense of tranquility they bring. More so, forests are a living habitat for a large majority of the world’s exotic animal species, which we all love to catch a glimpse of when we tour our nature parks and forest reserves. Without forests, such species would not be able to survive. As such, it is only right that we showcase our appreciation for the natural beauty of the forest in appropriate ways. Read on for tips on how you can achieve the same.

In recent years, forest therapy/Shinrin-Yoku has grown in popularity among nature lovers, mainly due to increased public awareness of the same through online platforms. You can also contribute to spreading awareness on the healing aspects that a forest’s natural allure can offer, including: more happiness, better health and wellness. To do this, you can start a Shinrin-Yoku blog and share it with your friends and acquaintances. Alternatively, you can opt to support the numerous Forest Therapy blogs that already exist by sharing the links to these blogs, making monetary donations or even attending the events that they organize.

As much as you may love to go on nature trails and blankly stare at the beautiful trees at your local forest reserve, you would not be able to figure your way around so easily without the help of your guide, would you? From providing you with safety information when on the trail, to suggesting creative activities for forest therapy, these guides are part of the reason why you get to enjoy your therapy trips without any hiccups. Therefore, it is only right that you show them that you realize this and that you appreciate them. Sending a holiday postcard or gift to the guides at your local nature park/forest reserve would be a good start. You can also choose to support trainee guides by contributing towards their training fees.

The production processes for certain consumer products have been proven to promote deforestation; thus threatening the continued existence of one of nature’s purest attractions. You can, therefore, show your love for forests by restraining from buying such products. For instance, by avoiding meat products, you’ll be countering the growth of the livestock industry which is one of the largest contributors towards deforestation globally.

Thank you for subscribing.

we respect your privacy and take protecting it seriously